Strona główna AimHigh Aim High Magazine #59: Ins and outs of being a writer 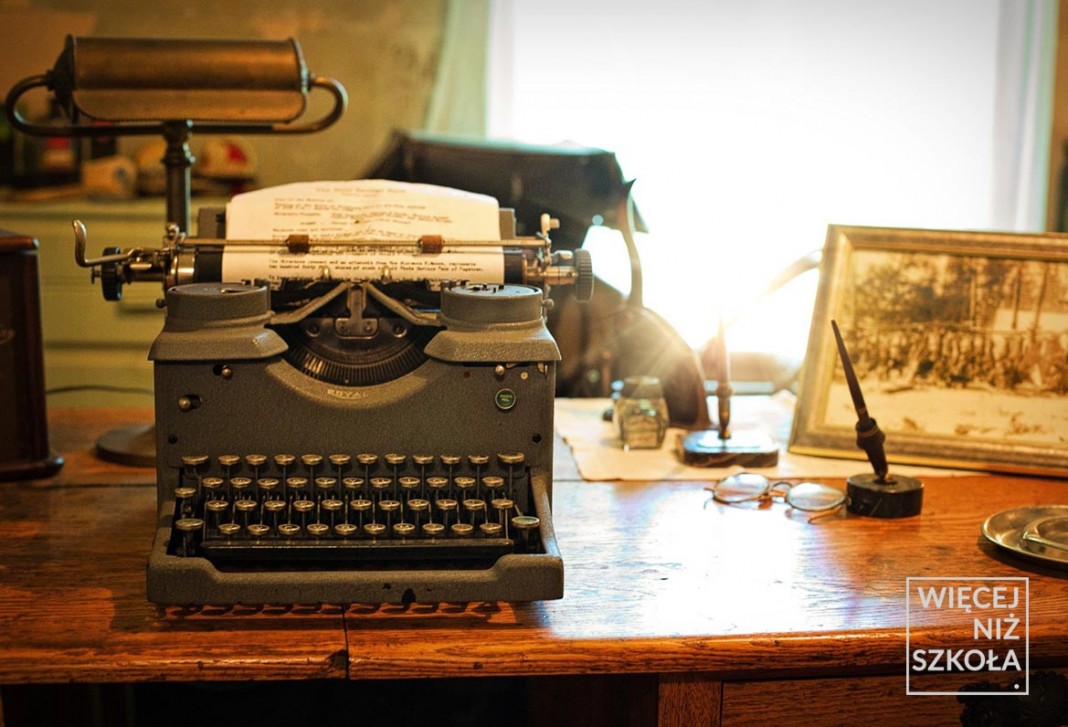 Ins and outs of being a writer

After reading Gerald’s game written by Stephen King a few years ago I promised myself I wouldn’t touch any of his books ever again. So far I have managed to keep my word. I’m delicate and horrors are simply not my genre…

It doesn’t mean that I undervalue his work. Who am I do to this? On the contrary, I highly respect his immense contribution to modern literature. Stephen King is the author of nearly 50 books, many of them became world bestsellers and were made into movies.

The fact that I stopped reading King’s books wasn’t equal to losing interest in the author himself. About that time I googled him for the first time and watched one of interviews avaliable online. Just like that, I fell for his personality.

Suprisingly, the father of the most terrifying characters to find in literature is this hilarious guy, who, out of the blue flashes, his witty reflections on life and writing. One of my favourites is the one about how during interviews he always gets asked about his childchood, as if the reporter was looking for the reasons of King’s madness. I admit I also was sure his childood must have been pretty traumatic. But King always says, it was the most beautiful and innocent time of his life and admits the ridiculous question never gets old. But he also says:

People want to know why I do this, why I write such gross stuff. I like to tell them I have the heart of a small boy… and I keep it in the jar on my desk.

About writing itself, Stephen King has many thoughts worth knowing, especially for those who desire to create stories, just like him. Often the problem of writers-to-be is their abandon their pieces before finishing them. What does King have to say about this?

Sometimes you have to go on when you don’t feel like it and sometimes you’re doing good work when it feels like all you’re managing to do is shovel shit from a sitting position.

Stephen King also marks the truth that should be clear to everyone. Exellent writers must be readers in the first place:

Stephen King reveals himself as a very humble person. In one of interviews he talks about how in the times of his first few books’ success (like Carrie and The Shining) he was going to the movies with his wife.  They ran onto a well-dressed man standing in front of his car. Inside was sitting a woman wearing a fur. The man approached King and told him he would pay him a few dollars for changing the tyre! King, who was a very wealthy person at that time, agreed and with gained money he paid for his movie ticket.

He also likes to tell the story of how he went into a grocery store and an eldery woman approached him saying,  „You are the horror writer. I don’t read anything that you do. I just like things more genuine, like Shawshank Redemption.” He said, „I wrote that”. And she said, „No, you didn’t”. And she just walked off and went her way.

Stephen King is undeniably a great author and I hope even if just like me you aren’t keen on horror books, I have managed to get you interested in the author. I would like to share with you one last thought of King, accurate not only for the aspiring novel writers:

When you find something at which you have talent, you do that thing (whatever it is) until your fingers bleed or your eyes pop out of your head.

Aim High Magazine #57: We Are Made of Nothing