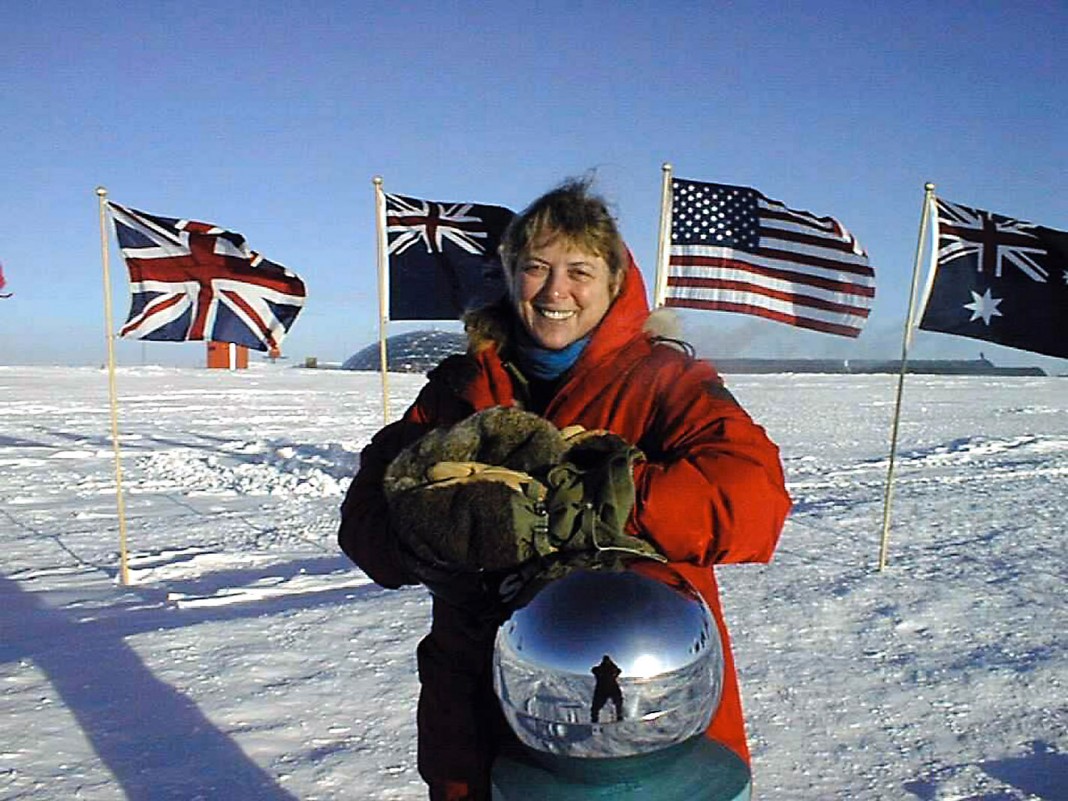 Imagine huge white vastness. Everywhere you go there’s snow. The temperature goes down to 89,2 degree Celsius. Every year groups of international scientists spend summers and winters in that freezy continent. It’s a beautiful place – they say – but it can be dangerous too.

Jerri Nielsen, an American physician, for many years  was working in a hospital in Ohio State. Until 1998, when she decided to start her South Pole adventure. She knew it would be a hard journey, but she didn’t expect all that happened later.

When Jerri came to the Amundsen-Scott South Pole Station in summer, there were still lots of people. After arctic winter came, in the station there stayed only those, who planned to stay there the whole season, because the planes cannot land in Arctica at this time of year.

Jerri was working really hard, taking care of all people in the Station. She made many friends, and became to get used to the place. Knowing that winter on the South Pole can be long and tiring, people would invent many doings, like a poetry club, disco or Russian language classes.

The time was passing by, and Jerri noticed something worrying. She could feel tumour on her breast. As a doctor, she knew exactly what it meant. But just to be sure, she contacted a physician in USA, and the diagnosis didn’t surprise her – it was breast cancer. She couldn’t go back to America, while the weather wasn’t good enough. And self- curing somewhere at the world’s end seemed impossible. But if she wanted to survive,  there was no other choice than starting chemotherapy on the South Pole.

The tumours were growing, decreasing and growing again. In the beginning she did the injections on her own, but when she got really weak her friends had to learn some of medicine to help her. In the time of the disease the woman lost her hair because of the drugs she was taking. There was a fear that Jerri wouldn’t endure till the end of the winter. In that case she would have to operate on herself as the last chance to stay alive.

In the meantime the media in USA started to be interested in Jerri and her story. While the physician was going thru a truly difficult time, the journalists kept coming to her parents house and her friends in Ohio, which made all of it even harder. The situation in the family also wasn’t helpful. After a divorce and leaving a toxic partner, Jerri had no contact with her kids, which chose to stay with their father. Ever since then, they didn’t want to have anything to do with her.

Happily winter ended in the South Pole and the plane could take Jerri to America. She went thru professional treatment and won with the cancer. This brave, strong woman, became a motivational speaker and a scholarship was created in her honour. She even got married again. In 2005 the cancer attacked again, but she continued giving her speeches and traveling the world. She died in 2009 among her closest family.

I found out about Jerri Nielsen, while reading her biography, written by

Maryanne Vollers, which I got from our school’s library. I feel inspired by this woman and I encourage you to read that book.