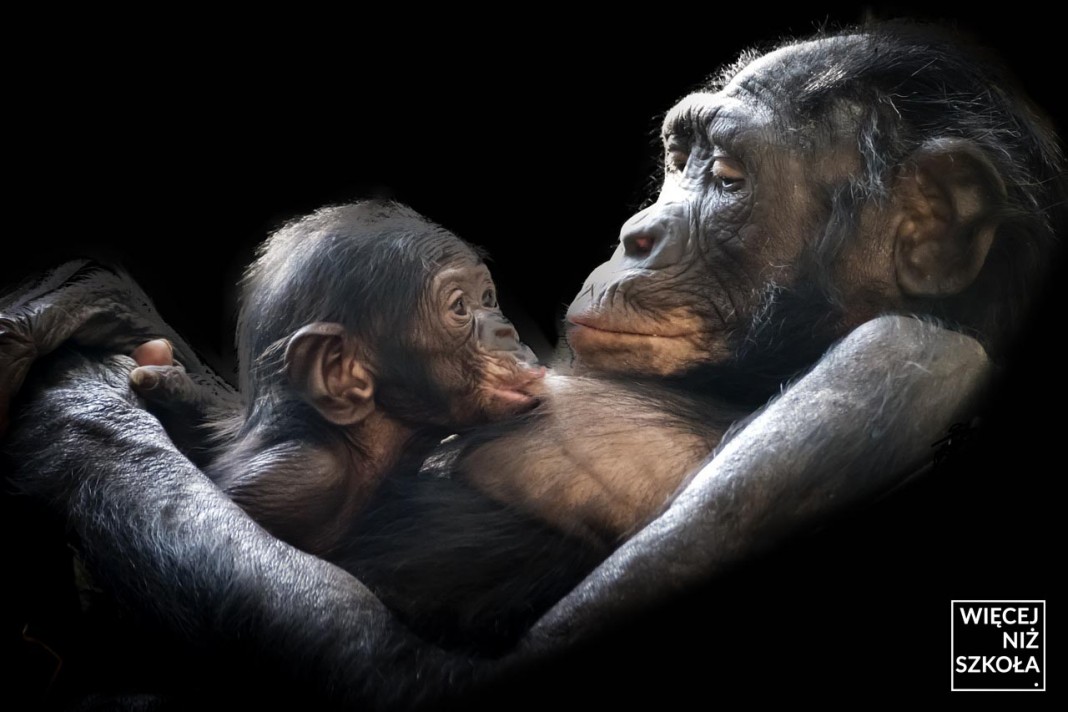 When we first hear about apes using human language, the first what comes to mind are science fiction movies, like “Planet of Apes”, but it is already true.

First experiments in this regard were done in 1940s. First ape that could talk was Viki, a female chimpanzee that in 1947 began being raised by the Hayes family. Their goal was to see what would happen if one tried to raise a chimpanzee like a human child. While it wasn’t the first experiment like that, the past ones had ended quickly. Viki was supposed to speak, to walk and do other things that normal babies learned. The Hayes noticed that she could speak, but in a very primitive way (she used just a few, short words like “cup” or “mama”).

That’s why the next monkey on this list, Washoe, was taught the sign language by a couple of psychologists, Allen and Beatrice Gardener. Washoe was originally captured to be used for the US space program, but eventually was chosen by researchers for other purposes. The Gardeners, just like others before, tried to raise the chimpanzee like a child. They put forward a theory why past scientists had failed to teach verbal speech. They maintained it was because apes couldn’t really control their speech (both physically and mentally), as they usually use more body language to communicate. As they soon found out, their verdict was correct. Washoe managed to learn, according to different sources, from 250 to 300 signs of American Sign Language. Not only did she used them in correct manner, but also combined them to call things she hadn’t known before (for example, she called thermos “metal cup drink” or “open food drink” was the name for the fridge). She also taught some signs to her son, Loulis. Not all attempts were successful though, as some apes, such as Nim Chimpsky, seemed to be just mimicking researches, rather than legitimately using language.

Other apes using ASL can also be found. One of the most famous was the western lowland gorilla called Koko. She was trained by her caregiver, Francine Patterson, who took care about Koko for the rest of her life. Koko knew around 1000 signs of ASL and understood around 2000 words in spoken English. While she used nouns, verbs, adjectives and understood abstract ideas like “good” or “fake”, she didn’t use grammar nor syntax and her cognitive abilities were the same as those of a 3-year-old child. Her IQ was measured to be from 70 to 90. Just like Washoe, she was able to teach other gorillas, and combined words to name new things.

It was still controversial how aware of their language apes really were. That’s why the next step was to try to see if apes could communicate using abstract signs. For this purpose especially a language called Yerkish was made. Users of that language communicate by picking special tokens in the correct order. One of the most skilled users of Yerkish is Kanzi, a male bonobo. He can also combine words to create simple sentences (now with more proper grammar) and showed to understand the whole sentences rather than single words.