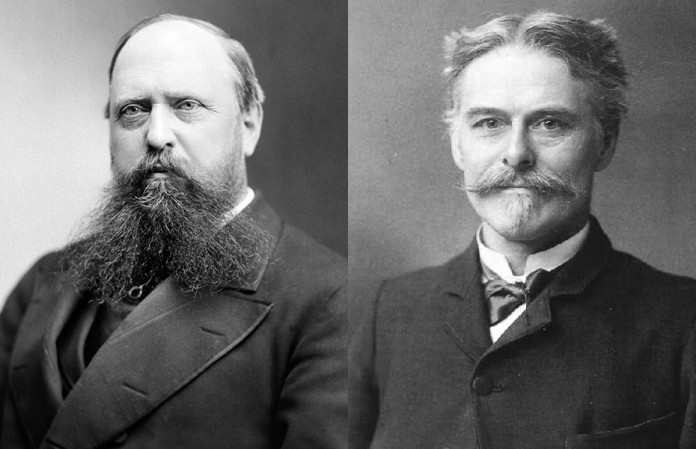 In general, we don’t associate paleontology or any other scientific field about nature with a good opportunity to compete, HOWEVER,  there was a time when a really harsh rivalry took place. We know it as Bone Wars or Great Dinosaur Rush.

It all began in 1869 when Edward Drinker Cope reconstructed plesiosaurus Elasmosaurus. Unfortunately, he did it too fast without studying fossils carefully – he assumed that it had a longer tail than the neck, like today’s lizards while in fact it was the opposite. Because of that, Othniel Charles Marsh humiliated him by pointing this out. The two men knew each other from Berlin and they didn’t like each other from the beginning. In 1877 Arthur Lakes sent big amounts of bones from Colorado to Marsh. His lack of interest caused Lakes to send the bones to Cope. That commenced  a great competition between Cope and Marsh –  who will have a bigger number of specimens.

In the beginning both kept rules of fair play but  later they spied on each other, sabotaged their excavations and even destroyed fossils with dynamite in order to disrupt the rival from digging up remains of their excavations. That led to confusions and errors in reconstruction.

At the end of  the war, in 1897, Marsh was the winner with 80 species and 56 discovered by Cope. That happened because  Marsh simply had more money and people. Both professors were left penniless and had a negative impact not only on their social life but also on the entire field. But at the other hand they both had discovered 136 species, including many well-known and recognizable dinosaurs like Triceratops, Allosaurus or Diplodocus and sparked an interest in dinosaurs among general public.