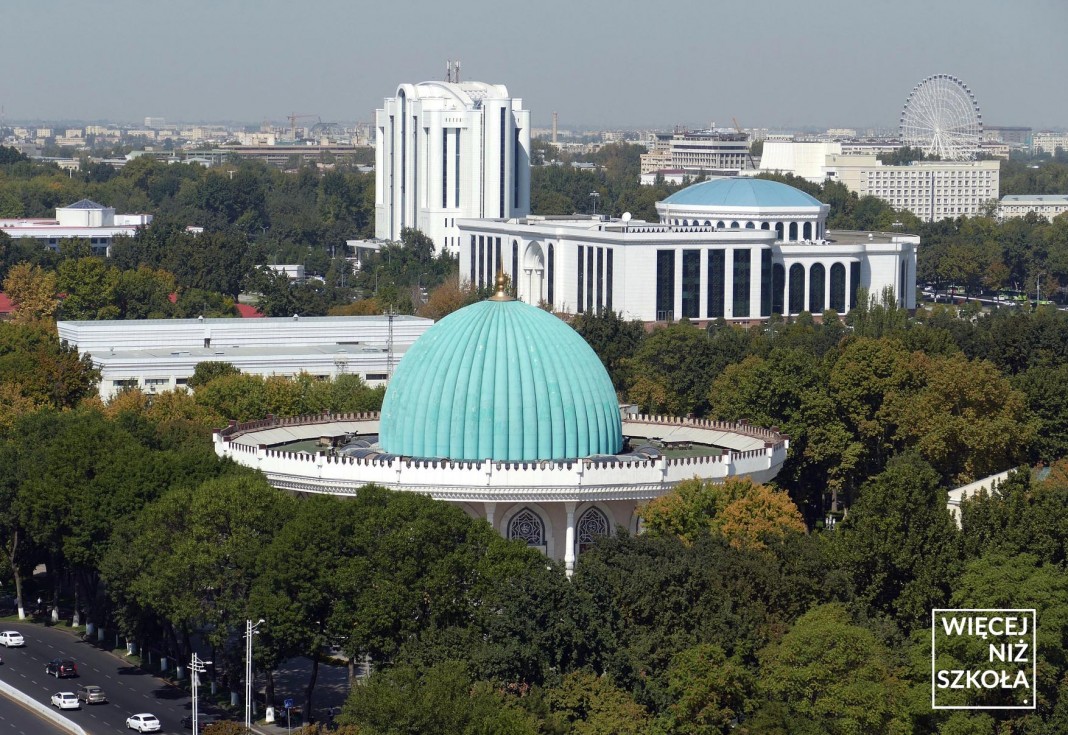 Uzbekistan (the Republic of Uzbekistan) is the country where I was born. I lived there for 13 years, but later I moved out to Wrocław in Poland, where I started my education in the Ursuline school. I used to  in Tashkent, which is the capital of this country. Now I would like to tell you a little about this country.

Uzbekistan is in the central Asia. A characteristic feature of the climate is a very  high temperature and dry climate. In the summer the temperature is about 45 °C, but in the winter it’s even -20 °C. Often, my country is visited by tourists who come to see especially the architecture which is completely different from that of Europe. In Uzbekistan you might try different kinds of fruit and vegetables, because they are very tasty. There you can find for example figs, pomegranates, quinces, persimmons. Uzbekistan is famous for its cotton production, which is called  “white gold”. There are two vast deserts in Uzbekistan: The Karakum and The Kyzylkum (“the red desert” and “ the black desert”). The country’s biggest two rivers are Amu-daria and Syr-daria. If you come to Tashkent, in the centre you will see the statue called “Timur”. Timur was a Turco-Mongol conqueror who founded the Timurid Empire. He is very important for our country, because he was very powerful and his armies consisted of many ethnic groups. Thet were feared in Asia, Africa and Europe.

The city I was born in is both modern and ancient, which is very well seen through architecture. Come and find it out yourselves!